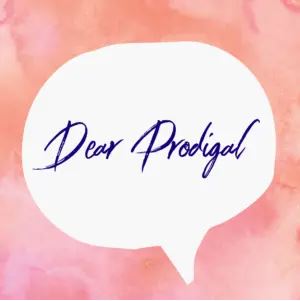 Edmund Burke once said, “Those who don’t know history are doomed to repeat it.”

There is such wisdom in learning from those who have gone before us. In fact, all knowledge is built on the experiences of others. The reason we have medicine is because someone before us did the work of experimenting, testing and investigating different concoctions of minerals. These people created the medicine of today.

But I think most would agree that to complain of a headache while refusing to take the medicine that has helped the previous generation is plain ridiculous.

How am I going to reconcile people to God when I “un-friend” those who are not like me? “Un-friending” someone simply makes the divide wider, the frustration greater, and reconciliation harder. How am I, as a Christian, going to be salt and light on social m

I know you are hurting. I know that you battle depression. I know you despair of life. I know you feel worthless. I understand… because believe it or not, I was once there. I was once depressed and suicidal. I once hated who I saw in the mirror. I was broken.

I tried all kinds of remedies. Many of the same ones you have tried. I tried alcohol, drugs, sex, relationships and parties. They never really worked. The high of the evening gave way to the inner turmoil of the next day. They were a quick fix with no lasting effect. I was still hurting, depressed and hated myself.

But I did eventually find a real remedy. I found something that worked. Something that healed me. And it wasn’t a pill, a party or a partner.

But wait… you know what I’m about to say next don’t you. You know I’m about to explain how Jesus changed my life forever when I surrendered myself to him… and let me guess. You don’t want to hear it.

If you could have found an answer to your depression, you would have already found it. Yet, if you’re honest, you know everything you try just makes it worse. How’s this working out for you?

When you’re ready to actually try something that has worked for me, and for billions of people over the last 2,000 years, why don’t you try Jesus? He is the perfect medicine to the pain that you feel.

I have lived the ancient words of Psalm 40 “I waited patiently for the Lord; he turned to me and heard my cry. He lifted me out of the slimy pit, out of the mud and mire; he set my feet on a rock and gave me a firm place to stand.  He put a new song in my mouth, a hymn of praise to our God.”

Will you come home? The same Father who healed me longs to heal you too. He loves you. He’s never taken His eyes off you.

Do you remember this parable of Jesus?

Jesus continued: “There was a man who had two sons. The younger one said to his father, ‘Father, give me my share of the estate.’ So he divided his property between them. “Not long after that, the younger son got together all he had, set off for a distant country and there squandered his wealth in wild living. After he had spent everything, there was a severe famine in that whole country, and he began to be in need. So he went and hired himself out to a citizen of that country, who sent him to his fields to feed pigs. He longed to fill his stomach with the pods that the pigs were eating, but no one gave him anything. “When he came to his senses, he said, ‘How many of my father’s hired servants have food to spare, and here I am starving to death! I will set out and go back to my father and say to him: Father, I have sinned against heaven and against you. I am no longer worthy to be called your son; make me like one of your hired servants.’ So he got up and went to his father.

“But while he was still a long way off, his father saw him and was filled with compassion for him; he ran to his son, threw his arms around him and kissed him.

“The son said to him, ‘Father, I have sinned against heaven and against you. I am no longer worthy to be called your son.’

“But the father said to his servants, ‘Quick! Bring the best robe and put it on him. Put a ring on his finger and sandals on his feet. Bring the fattened calf and kill it. Let’s have a feast and celebrate. For this son of mine was dead and is alive again; he was lost and is found.’ So they began to celebrate.

The Father is waiting. He misses you. He loves you. And He sent me to tell you “it’s time to come home.”

Subscribe to our Newsletter right now to be updated. We promise not to spam!